Breaking the rules a bit further, the TDK-500 has a tool-less access method for cleaning the narrow primary lip exit after process residues build up. This helps to avoid partial air flow blockage.  In addition, the entire lip set can be removed and replaced in a matter of minutes while the air ring remains installed on the extrusion die.  Meticulous design efforts have led to a unique modular design giving users the industry’s best flexibility in production versatility.

As always with D.R. Joseph interfaces, every detail has been carefully thought out to provide an intuitive user interface and a control design that is reliable, easy to understand and troubleshoot. The TDK-500 control system can also be seamlessly integrated with the DRJ 3G IBC Control System for a single point of control for all bubble cooling!

The air flow from each control zone is constrained in an independent channel that extends to just before the secondary lip exit. This eliminates zone cross mixing and provides a more direct and effective control response to the film (see orange zone, to right).

Internal components are specified to the highest degree for consistent and reliable performance, even in harsh running conditions. Safety features are built in to prevent damage and costly downtime. 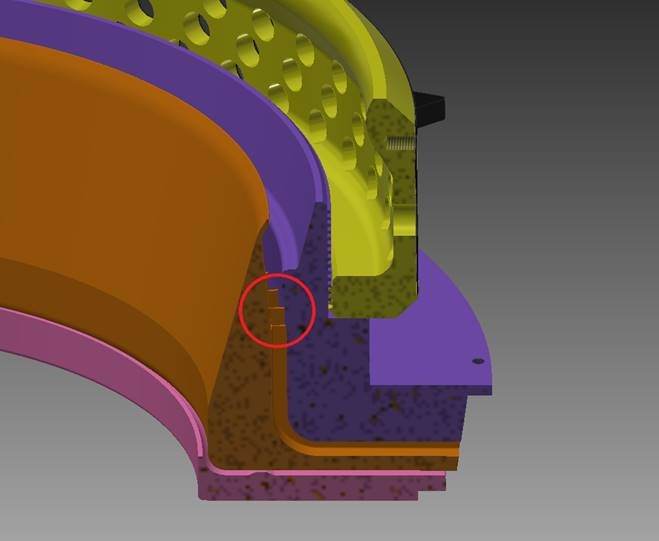 The unit was designed for easy component swap-out, to expand the range of products that can be ran on a single air ring.

An example of this advanced design is the facility of a toolless lip set swap.  The lip set can be instantly swapped without tools, and without elevating the air ring off of the die; a time and cost saving measure which expands the versatility of the air ring.  Optional weight reduction is available for easier lifting from a 3D printed polycarbonate cooling collar (patent pending).

This level of modularity also drastically reduces the required effort to clean the die.

The primary lip adjustment has been redesigned to facilitate set-up and reduce the intimidation factor of adjusting an air ring. The TDK-500 features a single adjustment point with a reference lever to adjust the primary lip, as shown to the right. 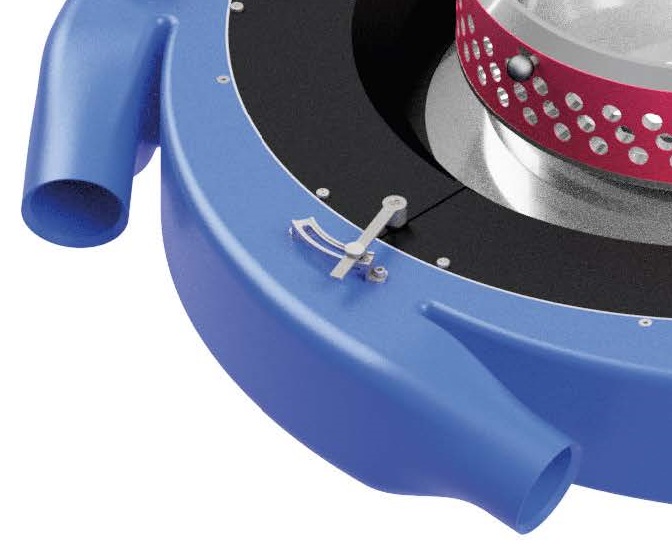 The Rotomat KT in the third generation comes standard with a virtual data processor. The VDP Process runs in the background of a Windows PC, similar to a driver of a printer. This Win32 application forms the interface between the control system of the line and the thickness gauge. The TDK-500 leverages the expertise of three specialized companies; Techflow Design & Manufacturing, D.R. Joseph, Inc. and Kündig Control Systems.  This unique collaboration has brought together industry leading tech to produce one of the most refined air ring solutions on the market. A seamless integration of Kündig gauge measurement, Techflow air ring design, and D.R. Joseph air flow control means that users get total control of bubble cooling – both Internal Bubble Cooling, and Air Ring Control, all in one spot.